Since 1899, Granite VNA, formerly Concord Regional VNA and Central New Hampshire VNA & Hospice, has been committed to meeting the health needs of our patients, clients, and families. Today as the largest home health and hospice provider in the state, our not-for-profit, community-based agency offers people of all ages a wide range of personalized services and programs including home care, hospice, palliative (as part of Capital Region Palliative Care), pediatric and maternal child health services, and wellness programming.

A community where wellness and well-being is achieved through compassionate care to those in need.

We enhance dignity and independence for people by delivering quality health care and promoting wellness in homes and communities through all stages of life. 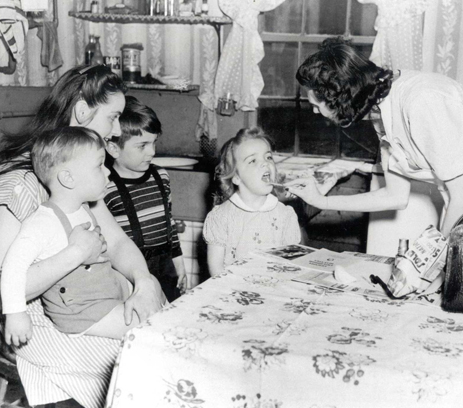 Central New Hampshire VNA & Hospice was formed out of a merger in 2010 between Community Health & Hospice, of Laconia and The VNA of Southern Carroll County, in Wolfeboro. Each agency has its story and is rich with history. The VNA Wolfeboro and Vicinity was founded in 1918 and operated with one part-time nurse. Her nursing services were coordinated by the Red Cross, as a Home Defense Nurse. Home Defense Nurses were used at a time when the Red Cross was enrolling registered nurses for purposes of supporting the Army and Navy during WWI. The VNA Wolfeboro and Vicinity became incorporated in 1946. They became Medicare certified in 1967 shortly after Lyndon B. Johnson signed into law the first nationwide health care program. In 1982 Medicare signed on Hospice services to their Medicare program. The VNA Wolfeboro and Vicinity added Volunteer Hospice to their list of services in 1994 after a merger with Hospice of Southern Carroll County. Within a few months, they were granted their Hospice Medicare Certified Status.

On The Other Side of Lake Winnipesaukee

Community Health & Hospice began with a small number of staff in 1975 as a certified Medicare Homecare agency. Within a few years, the number grew to roughly 27 staff members and quickly grew to meet the demands of Medicare patients. In 1992, they too merged with a local Hospice who held a Hospice Medicare Certified Status. Through the final merger, we care for patients in towns surrounding Lake Winnipesaukee, centralizing homecare services for New Hampshire Residents. We combined two of the four pediatric programs offered in the state, committed to provide services for chronic childhood illnesses as well as support for young children in their homes and school environments. Central New Hampshire VNA & Hospice provides community services from birth to bereavement. 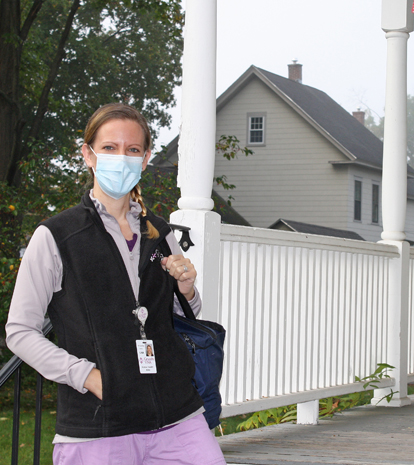 Our agency was organized as the Concord District Nursing Association in October 1899 by Lilian Carpenter Streeter and Dr. Nelson McMurphy. They were aware of the health needs of the poor in Concord and were motivated by the district nursing movement in England.

District nursing began in Liverpool, England in 1859 by William Rathbone, a wealthy philanthropist who was influenced by Florence Nightingale. Miss Nightingale founded the first school to train nurses to work in hospitals and district nursing at St. Thomas Hospital in London called the Nightingale Home in 1860.

By 1872, U.S. schools for training nurses opened based upon the Nightingale philosophy as well as hospital-based schools. In 1885, Dr. Alfred Worcester started the Waltham Training School for Nurses where our agency’s first nurse Miss Katherine B. Hill attended.

On October 27, 1885, the area’s first hospital opened along with a nursing school four years later. On December 15, 1891, this hospital was replaced by The Margaret Pillsbury Hospital, a facility donated by George Pillsbury in honor of his wife.

In October 1896, New Hampshire Memorial Hospital for Women and Children opened and started a nurse training school, and in 1888, a training program began at NH Asylum (now known as NH Hospital).

By the late 1890s, some people used hospitals or hired a private nurse for health care, but many people could not afford this. In response, Mrs. Streeter and Dr. McMurphy and 13 people representing 10 city churches organized the Concord District Nursing Association on October 11, 1899. The Association was incorporated by the State seven days later.

Miss Hill began her work on December 1, 1899, and from the very first day was kept busy, conclusive proof that the great need of a district nurse in Concord had not been over-estimated. (Annual Report of Concord District Nursing Association.)

During the first winter, Miss Hill traveled on foot, especially when deep snow rendered the streetcars inoperable. The Executive Committee held a special fund-raising effort to purchase a "first class chainless bicycle for her" the following May. By 1901 the Boston & Maine Railroad granted free transportation on the streetcars and the five local stables offered free carriage rides during bad weather.

The Association provided Miss Hill with housing on Main Street that also served as the first home for the Concord District Nursing Association. She received her orders from physicians and by March was assisted by a visiting committee of volunteers who helped her with her work.

The Association decided in the beginning that the work would be wider and more far-reaching, and do more good to those who needed it, if everyone paid something, even though a small sum, for the nurse’s work. (Annual report 1901) Over half of the cases were treated free. Fund raising was and continues to be important. From the beginning, subscriptions were sold and contributors became members of the Association.

Concord District Nursing Association offered three local nurse training programs to include district nursing in their clinical experience. In December 1900, an agreement with the State Hospital School of Nursing provided a nursing rotation under the supervision of Miss Hill.

The Association has served through the epidemic of influenza in 1918, the flood of 1936, the Great Depression, two World Wars, and a century of change. The founders laid a firm foundation that would enable the Agency to meet the challenges of the years to come.